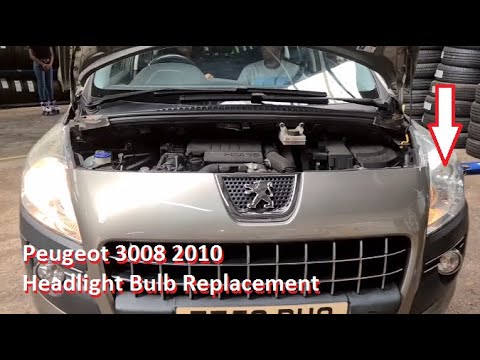 The Peugeot 3008 is a compact crossover SUV unveiled by French automaker Peugeot in May 2008, and presented for the first time to the public in Dubrovnik, Croatia. It was launched in April 2009.[1]

Peugeot officially unveiled the new 3008 in May 2016, with the car being available as of January 2017. The car is due to be a new milestone for Peugeot, in its quest to become the highest selling range of vehicles in the industry. In November 2016, the new 3008 was awarded overall Car Buyer “Car of the Year” 2017, as well as winning best in the category of SUVs.

Diesel Car Magazine awarded the 3008 the overall award of Car of the Year for 2017, as well as taking the honor of Best Medium SUV.

In March 2017, the new 3008 won European Car of the Year 2017, by a jury of 58 motoring journalists from twenty two European countries. The award came the same day that the PSA Group announced a $2.3 billion deal to buy GM’s Opel division. Opel’s Astra won the Car of the Year in 2016, reacted with these two awards within two years, the Peugeot Group CEO Jean-Philippe Imparato said, “This is an alliance of winners”.

A second generation 3008 was announced by Peugeot in May 2016, and was first presented to the public at the Paris Motor Show in September 2016. Its design allows the vehicle to come into contention with large competitors in the C segment market of SUVs, which has been a prominent market in the past years.

It features Peugeot’s new iCockpit, which is an improved design compared to the current iCockpit featured in the Peugeot 208, Peugeot 2008 and Peugeot 308. The second generation was introduced on 23 May 2016.

Features include an eight inch touch screen to the centre console, a 12.3 inch customisable heads up display, and the small style steering wheel, which has become standard in all current models of Peugeot.