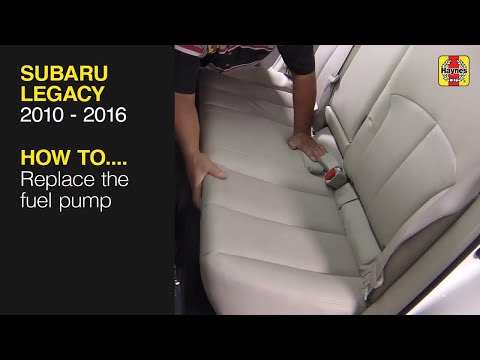 Do you need to Replace the fuel pump on the Subaru Legacy 2010 to 2016 but don’t know where to start? This video tutorial shows you step-by-step how to do it!

Our Subaru Legacy (2010 – 2016) manual covers petrol and diesel engines, and includes videos for some of the most common jobs, which you can see here in this playlist. Get the full manual https://haynes.com/en-us/subaru/legacy/2010-2016

Exclusions:
Does not include information specific to six-cylinder and diesel engine models

Great video, I did the Fuel Filter Assy, so It was an easy switch out.