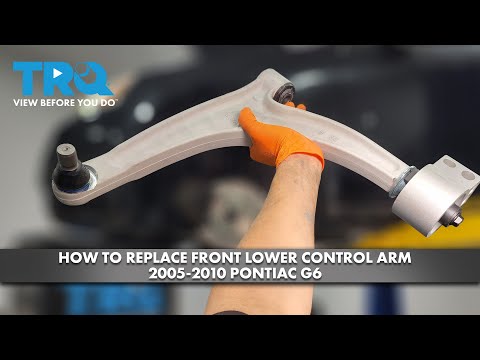 This video shows you how to install a new quality TRQ lower control arm with ball joint in your 2005-2010 Pontiac G6. Control arms are a crucial part of the suspension system of your vehicle. They not only carry the load of the vehicle to the wheel, but they typically also maintain its alignment. Control arms are typically large and strong, so you may be surprised it needs replacing. They contain rubber bushings for smoother rides at the cost of eventual wear, or integrated ball joints that require replacing the entire arm when they wear.