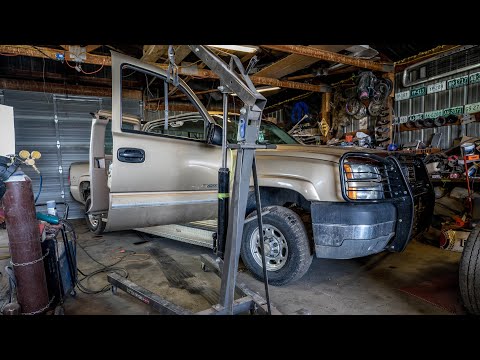 This is how to repair your cracked and separating door hinge on 99-07 Chevy / GMC / GM trucks. This is a common problem with this body style and I was not able to find a video on how to repair this without having to remove the dash. Hopefully this helps someone save some money the body shop my dad took his truck to gave him a quote of $1500 because they had to remove the dash to reach the plug welds in the back.

Over all we spent $45 on paint and primer everything else we had in the garage. Here is what you will need:
-Various sized hammers
-12mm and 10mm
-Mig Welder / Friend with a welder
-Wire Wheel + Drill
-Flat Head screwdriver
-Engine Lift or something to support the door

Where are you located?

Bout to fix mine today..thanks brother

Looks good. It works and is much better. Nice to see people fixing their own stuff. Well done.

Honestly, I had just tried this, put a socket between the hinge on the door, and use the door as leverage, that for so much better results then using a porta power