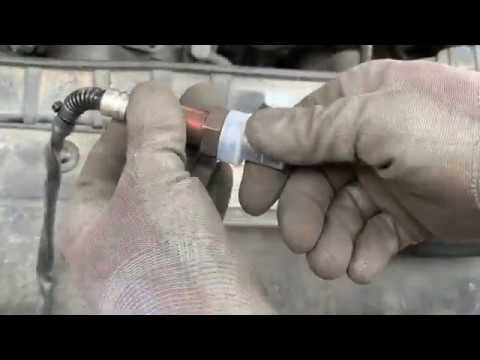 In this video we go through the steps of replacing the bank 2 (post-catalytic converter / downstream / rear) Oxygen Sensor on a 2012 Audi A4 (applies to entire B8 generation, 2008-2016 models).

If you are getting a “P0430 – Catalyst System Efficiency Below Threshold (Bank 2)” warning from your OBD scan, this could solve your issue and get rid of the engine light.

This is the more difficult sensor to replace however the same general steps can be used to replace the bank 1 / upstream / pre-catalytic / front converter sensor.

The O2 sensor measures the amount of unburned fuel in the exhaust pipe to adjust fuel mapping for less emissions and better fuel economy. When malfunctioning, your MPG and performance can suffer. Replaced fairly easily, you can restore your performance and mileage quickly. Be sure to add anti-seize on the threads to prevent it from becoming a permanent part of the exhaust.

There’s is a cable up on top right above the vaccum pump it’s a connector I don’t know what it’s called please email me at zombiemode18747@icloud.com need help

What size is the key in his head by how much?

Do you have a link on where I can purchase the right sensor for B8 2.0t

My sensor is extremely tight I broke a sweat trying to get mine off lol is there an easier way to loosen up my bank 1 sensor? I'm literally stuck at this point

I got a P2188 code but scanner says it state is temporary, so what could it be. A faulty PCV, injector leak? Any help will be appreciated!! Thanks in advance.

why not use anti-seize when putting on the new sensor? i hear that sensor will often get corroded on and then require a cutting torch to remove.

I have the P0420 code coming up, do I need to replace both oxygen sensors?

I’m frustrated with my B8 I keep getting that the upstream sensor malfunction problem with solenoid adjuster 4. I just changed both of them and also made sure electrical connections were okay. Would you happen to know if the downstream sensor you changed could resolve most issues? I know that if one thing is bad it lights up other things that could be okay.

I definitely appreciate this tutorial Yoys! I was trying to find out if upstream/downstream are the same and if they can be DIY repaired.