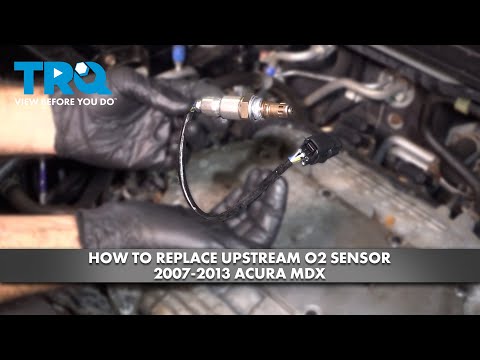 This video shows you how to install new TRQ oxygen sensors on your 2007-2013 Acura MDX. The Oxygen (O2) sensors help monitor the emissions system in your vehicle. They measure the amount of oxygen passing through the exhaust, which informs the computer about proper fuel/air mixture, and the condition of the catalytic converter. Over time, the sensors may fail due to contamination, or reaching the end of their service life. TRQ offers new O2 sensors made to manufacturer’s specifications.