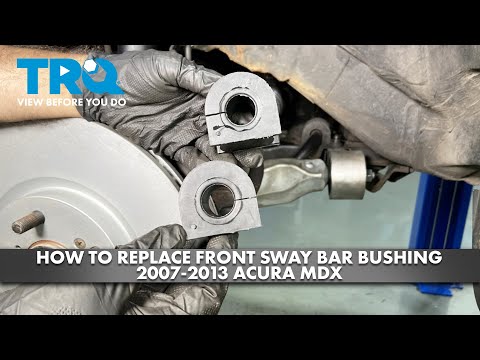 This video shows you how to install new sway bar bushings on your 2007-2013 Acura MDX. The sway bars on your vehicle connect the shocks or struts together for additional stability. Since they have to cross the underside of the vehicle, they are attached at several points along the way. The bushings cushion and dampen those attachments to reduce noise and wear. Over time rubber bushings crack and rot, which could lead to clunking or scraping at the sway bar attaching points.